British celebrity Katie Price and husband Alex Reid have decided to sell their mansion out of fear of ghosts. The couple reportedly believe the mansion is haunted by at least two spirits, one being that of an elderly woman who stays upstairs. The couple claims to have seen unexplained shadows and Price reportedly believes the spirits have tampered with her sunbed.

A New Mexico woman claiming to follow the Wiccan religion has been arrested for the murder of man during a Spring ritual.

Angela Sanford met the victim, Joel Leyva, on a hiking trail and claims he tied her up and that she felt threatened he was going to rape her. Sanford freed herself, removed her clothing, and pretended to seduce Leyva, only to stab him three times in the stomach with her ceremonial dagger called an athame. Sanford then fled the scene and asked another hiker to call the authorities.

The police do not buy her story due to the fact that the victim was stabbed up to thirteen times in the face and body and the fact that Sanford's clothing was found neatly folded at the scene. No witnesses in the area report hearing her cries for help.


Please note: The modern religion of Wicca does not tolerate animal or human sacrifices. In order to be a Wiccan, followers must abide by the Wiccan Rede, "And It Harm None, Do As Ye Will", as well as the three-fold law, "What One Sends Forth, Be It Positive Or Negative, Returns Three-Fold".

It should also be stated that although the spring equinox is observed by Wiccans who call it Eostre or Ostara, it is not a major holiday. Wiccans celebrate 8 holidays but only 2 of those are considered major or "high" holidays, such as Beltane (May 1) and Samhain (October 31).

Wicca is a nature-based religion that teaches love and respect for all living creatures and does not advocate the harm or killing of any animal or person.

Also, the Wiccan dagger called an athame must never be used to cut things or used for trivial purposes. The purpose of the dagger is ceremonial and it is used to cast the magical circle that Wiccans worship in. It most definitely should not be used to harm or kill a living creature as this would render the dagger tainted. In addition, the athame should not be touched by people other than the owner. Doing so can "kill" the power or energy in the dagger.

Addendum: Sorry, I forgot to add that many witches do worship naked, which they call being "sky-clad" (clad only with the sky). A similar thing occurs in the bible with "the woman clothed with the sun", i.e. "naked". Anyway, I feel the reason why her clothing was found neatly folded was because she was performing a ritual nude. I do not know why she killed this man, it may be that he stumbled upon her and she became so infuriated that she killed him.

Whatever happened I think it's clear that this woman was a witch, just not the Wiccan variety. And yes, It does appear that she murdered this men either in a ritual or that he somehow stumbled upon her worshipping in the nude and she killed him. Being a man, it may be possible that he might have made sexual advances toward the nude witch, and she may have feared she was going to be raped, but I really have my doubts as to whether her version of the event was correct. After all, she seemed to have not been truthful with the reason why she was naked as well as the number of times she stabbed the victim.


***UPDATE***
The accused witch had the victim listed on her phone as "Sacrifice".

Albuquerque Witch Listed Murdered Man as ‘Sacrifice’ in Her Phone
Posted by Doc Conjure at 3:26 PM No comments:

Email ThisBlogThis!Share to TwitterShare to FacebookShare to Pinterest
Labels: Witch

Interesting news about the last MonsterQuest episode, American Wolfman. It seems the producers were well aware that the Gable film was a hoax even before they started filming the episode.

It's official. MonsterQuest has been cancelled. The last episode aired on March 24 and was titled, "American Wolfman".

I would post a link to a suspiciously scripted-like comment from the executive producer but it is posted over at Cryptomundo which now has those annoying advertisement clips that play when you visit the site. 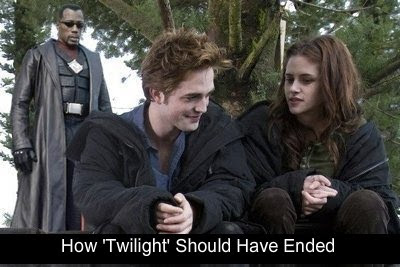 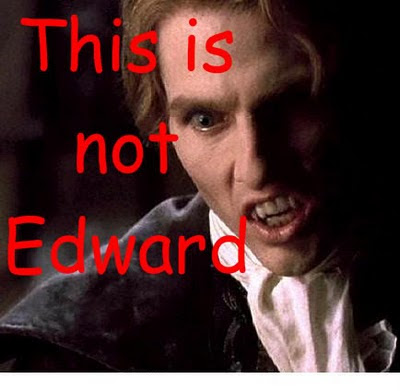 Okay, on a semi-serious note. I will give credit to a song used on the Twilight soundtrack. It's called Eyes on Fire by Blue Foundation. It's a great song. The lyrics are pretty awesome. Here's a sample:

"I’ll seek you out,
Flay you alive
One more word and you won’t survive
And I’m not scared of your stolen power
I see right through you any hour

You can watch the original video for the song in the clip below.

Posted by Doc Conjure at 1:10 PM No comments:

Email ThisBlogThis!Share to TwitterShare to FacebookShare to Pinterest
Labels: Movies

I'm a big Buffy fan and can't wait until the remake of the original Buffy The Vampire Slayer movie is released in 2012.

For those of you who are just like me and can't get enough of Buffy, I found some clips on YouTube to help past the time. A user has uploaded a walk-through of the Buffy The Vampire Xbox game, which can be viewed like a movie.

In the game, "The Master", an evil leader of the undead, has returned to once again attempt to destroy the world. Buffy must battle vampires, zombies, and all types of demons along the way before she is able to attempt to take on the Master.

For the viewers who are new to the buffyverse, Buffy is the slayer, a chosen human female who is imbued with supernatural strength and healing properties as well as a desire to protect humanity by "dusting" as many vampires as possible. When one slayer dies, another young woman is chosen. Why is the slayer always female? Well, it all dates back to the very first slayer. When vampires threatened to wipe out the human race, African Shaman Elders decided to pool their magical powers in order to create the first slayer. Unfortunately all the young male warriors were dead. Their only choice was to use a 16 year-old girl. From that time on, the slayer has always been female.

As I wrote above, the game views just like a movie save for a minor error. Buffy accidentally dies at the end of the first clip. Other than that it's a fascinating watch, assuming you have the time. There is a total of 3 clips and each clips is approximately 2 hours long.

Buffy fans might be pleased to know that Buffy's witty and humorous puns said while battling evil are included in the game version. My favorite Buffy pun: "You hit like a boy!"

So grab some popcorn and turn up the sound and enjoy, Buffy The Vampire Slayer Xbox "movie".

Posted by Doc Conjure at 7:55 PM No comments:

For those who may not know, MonsterQuest's last episode of the season airs tomorrow night. The series may be canceled.

The episode titled, "MonsterQuest: American Wolfman" is dedicated to supposed werewolf sightings. Let's hope the series goes out with a bang instead of a dud.

And for those who may want to know my opinion, I do support the cancellation of the series. There are just too many filler shows and not enough shows with substance. I'm frankly quite sick of the sheer number of episodes dedicated to known animals.

Here are some clip of the "Michigan Dogman Gable Film", which many believe to be a hoax. This case will be featured on tomorrow's episode.

Posted by Doc Conjure at 7:40 PM No comments:

For the question, "Do You Believe The U.S. Government Will Ever Disclose Everything It Knows With Regards To The UFO Phenomenon?", the results are as follows:

"Yes, disclosure is right around the corner!" - 5% of the vote

"Yes, but only if the aliens force them to by openly revealing themselves." - 16% of the vote

"No. The US government will never disclose the truth about what it knows regarding UFOs." - 27% of the vote

"No, because the US government is concealing the fact that it knows very little about the phenomenon save that it is real." - 27% of the vote


Thank you all for voting!
Posted by Doc Conjure at 7:10 PM No comments: